THE CHURCH THAT CANNOT TAKE PEOPLE TO HEAVEN 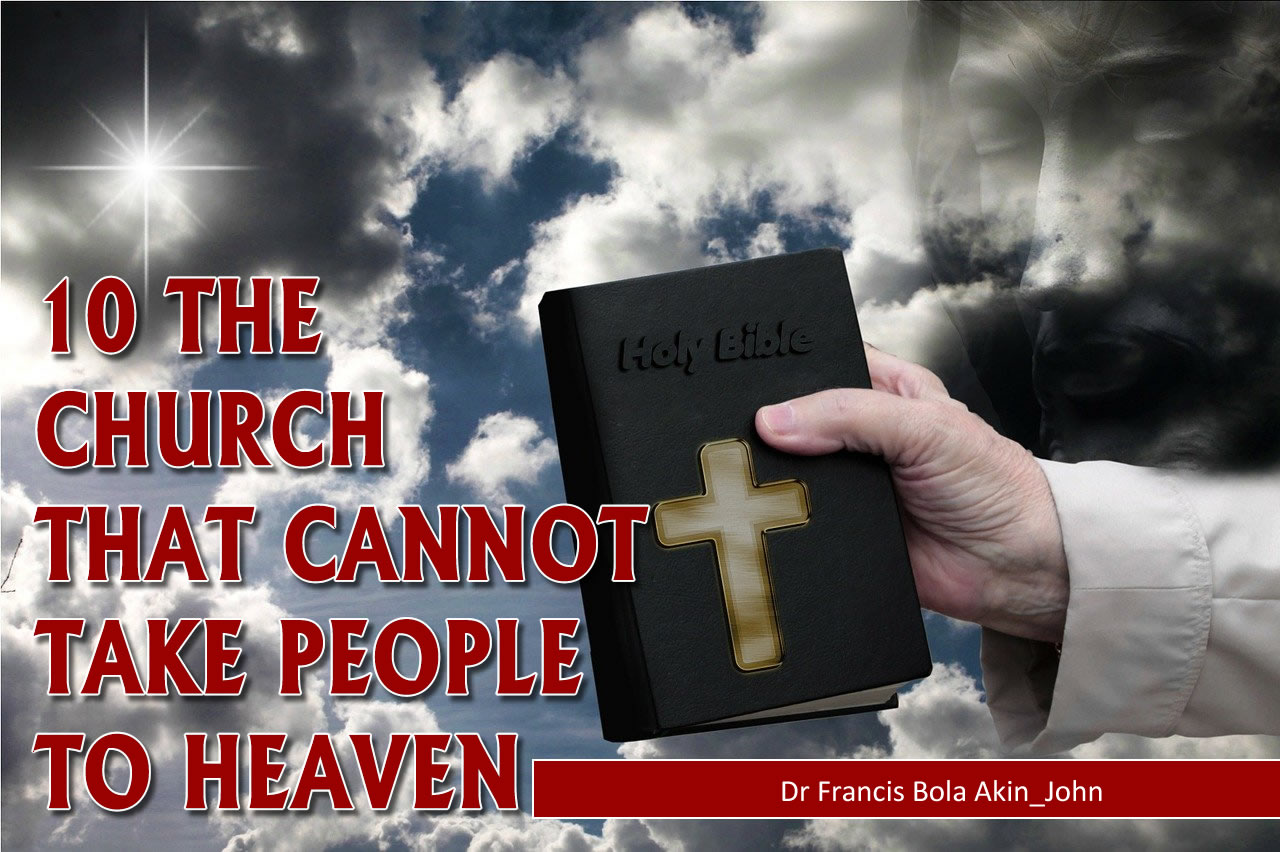 multidol
December 29, 2021
Church Growth Ministry
Jesus says I Will build my church matt16:18. yes, several people have gone out, claiming authorization from Christ and to build many different kind of churches. Today, lots of churches of different names, doctrines, emphasis and distinctive exists in every nook and cranny of the world. People are more committed to a church than to Christ himself. The purpose of Christ for His church is to bring people to Him here and get them ready for heaven. Sadly, lots of CHURCHES CANNOT TAKE PEOPLE TO HEAVEN. What are the traits of those churches? 1. Church that is build on mans idea, not Scriptural idea. So many churches are built on visions, dreams, human philosophy and rebellion 2. The church that does not really lift Christ up as Preeminent in all things. But makes the preacher or founder more popular than Christ 3. The church that doesn't take strong stand against sins and evils. Lots of preachers today whitewash and gloss over sins. They dance round it but never get to hit it in the eye because they are afraid people might be offended 4. The church that is simply a religious center, not salvation outposts for The Lord. There is too much religion going on today without Christ. Many people are in church, but not in Christ. 5. The church where the leaders are immoral and carnal, rather than godly and spiritual. Too many church leaders of today only have secular qualifications for ministry, but no spiritual qualifications. Any wonder their churches are more carnal, worldly than spiritual? 6. The church that thrives on internal politics,wranglings and ceremonies only. Internal strives has rendered many churches unable to point people to heaven. Remember, outside persecutions don't kill a church, it is only internal troubles that does 7. The church that negates true conservative preaching and obeying the word of God. When you innovate, twist and preach only one side of the Bible, you will make people twice the children of hell 8. The church that conforms to the world and have no eternity in focus. There are many Laodecian churches today-- rich in worldly goods, but poor towards God. If the only testimonies people gives in your church is healing, material blessings, you are not getting them ready for heaven. 9. The church that fails to disciple people, but only cajole and cares them for money. When people are not made to grow up in The Lord to be His strong followers, then the church has failed. When you only fleece and don't feed the people, you will send them to he'll 10. The church that fails to involve seriously in Missions, reaching out to unreached and building His kingdom. When mission is no longer your focus, you will wate the resources of God and He will judge you and your people. The church you build is what will build you. Your heaven depends on the kind of church you are involved in. Jesus xrayed the 7 churches of Asia in revelation2,3. If He xrayed your church today, what will He find? Is your church taking people to Heaven or just plain milking them? Francis Bola Akin-John
Share on Facebook
Share on Twitter
NextNext Post